Match of the Year: DFB-Pokalfinale

The DFB cup Final in Berlin was an almost Herculean task for APA. The German Football Association wanted a completely new look for the match for the ‘Pott’. 20 APA-technicans had the task of producing around 11,000 square metres of fabric, PVc, mesh and frames in five days, delivering to Berlin on three articulated lorries, and correctly assembling them. 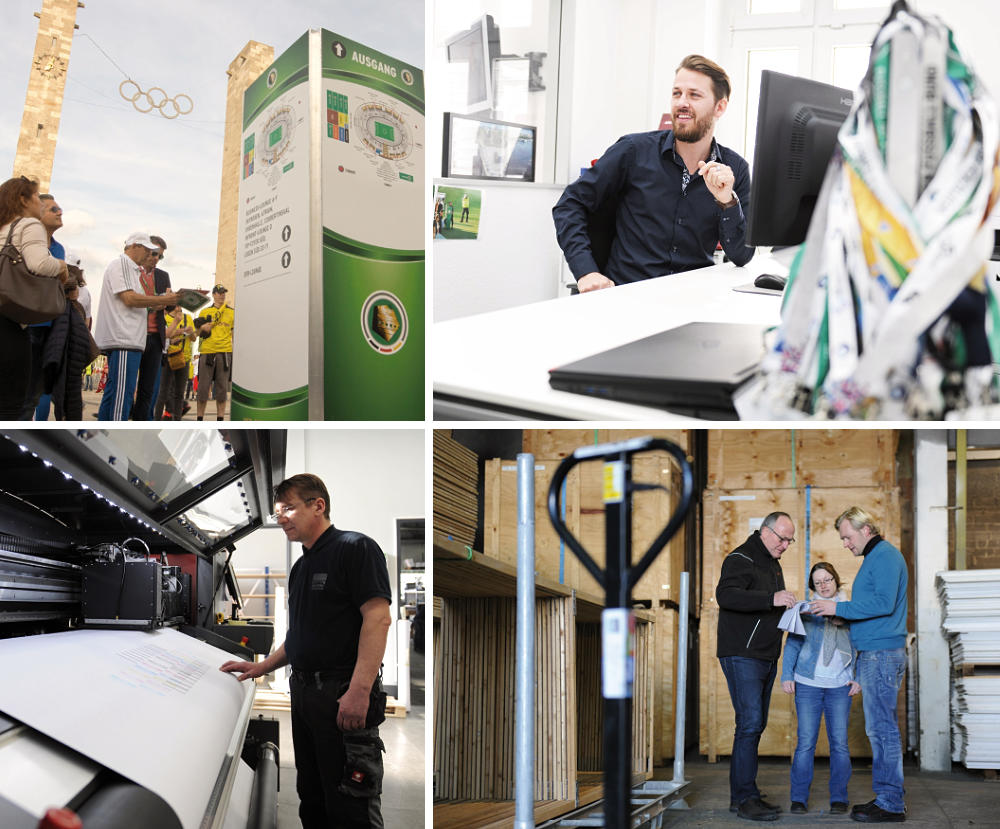 As a specialist for branding, signage and way-finding, every year APA designs new outfits for a large number of events, be it for a stadium, outdoor event or sports hall. At the DFB cup Final, the workflow was particularly challenging. The APA project steering team began planning five months before kick-off, and the project was realised in just under a week by the team working a total of more than 100 work-days on site. The main site was the Olympic stadium, a listed building, with numerous side events being ‘played’ in other locations and needing to be integrated into the overall concept. 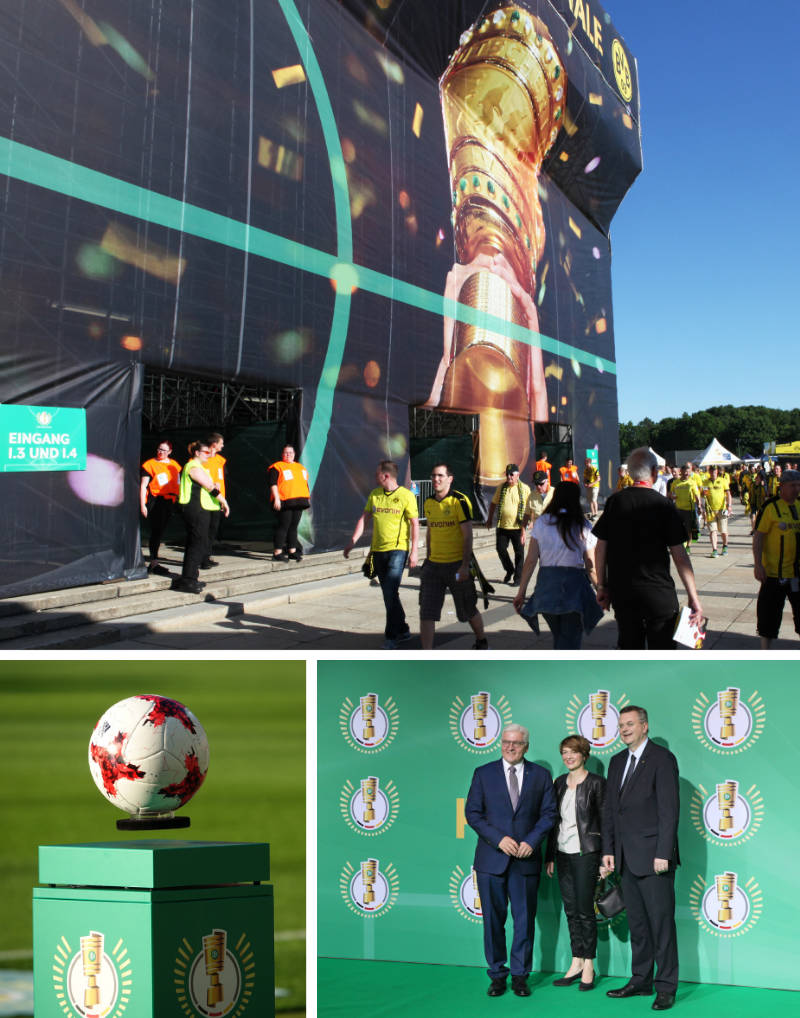